The Iranian Resistance mourns the loss of Lord Avebury 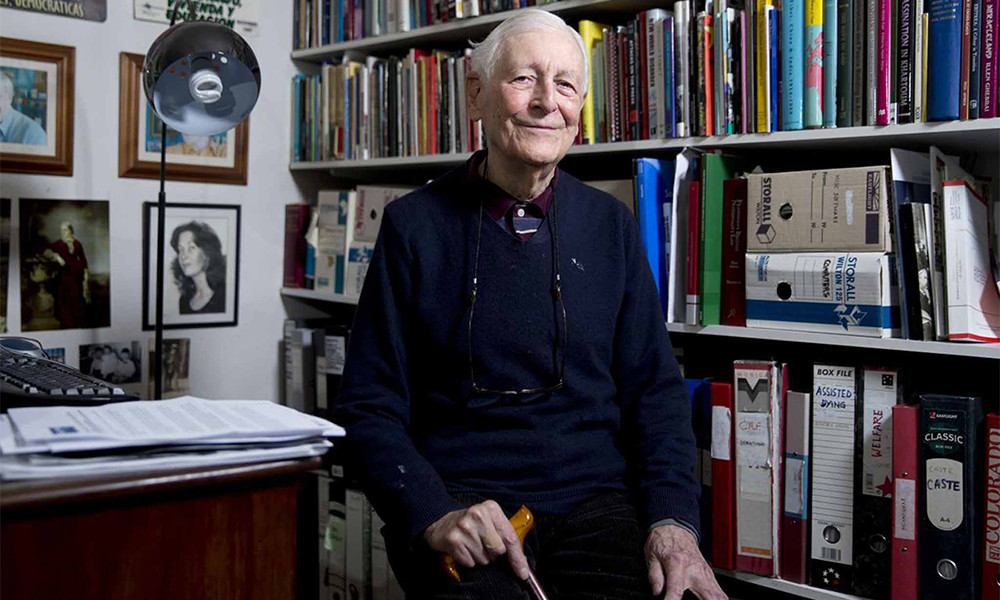 Humanity has lost one of its most noble and gracious members, the people of Iran have lost one of the most honorable advocates of human rights and members of the People’s Mojahedin Organization of Iran (PMOI/MEK) have lost a great supporter.
Indeed, Lord Avebury was the tenacious spirit of our time against the crimes, evil and terrorism committed by the religious fascism ruling Iran. He combine dimmense courage with an uncompromising struggle.
In the first year that the Iranian Resistance rose up against the religious fascism ruling Iran in 1981, Lord Avebury wrote a letter to Iranian Resistance’s Leader Massoud Rajavi, expressing his outrage over the executions of PMOI members by the mullahs.
In the decades that followed, he wrote valuable books such as Tehran’s Murder Machine (1994); Iran: State of Terror, An Account of Terrorist Assassination by Iranian Agents (1996); Fatal Writ, An Account of Murders and Cover_up(2000);Iran, Subjugation of Women (1990s); As such,he compiled and presented some of the most credible and reliable records regarding human rights violations and crimes committed by the clerical regime in Iran.
His unforgettable achievements include his firm dissent and protest against conspirator sand pro-regime lobbyists who in the guise of “defending human rights” spread misinformation and fabricated lies generated by the mullahs’ Ministry of Intelligence against the PMOI.He also campaigned to secure the release of two PMOI members incarcerated in the Iraqi Kurdistan. And he vehemently condemned the unjust raid on the offices of the National Council of Resistance of Iran by the French Police on June 17, 2003.
In 1996, as the moderator of the gathering of thousands of Iranians at London’s Earls Court Hall, Lord Avebury expressed with characteristic elegance his affection and respect for the Iranian people’s desires for achieving democracy and freedom.
We shall never forget his rebuke of the international community for failing to create “a strong alliance” “against those who threaten to expand the reign of weapons and knives all over the world.” He criticized “the cowardice of western governments” and “their dangerous shortsightedness,” which obstructed even the work of those who sought to research and investigate the regime’s crimes.
At a time when indifference and moral apprehension rules in the face of the bloodbath in Syria and the incessant and countless number of executions in Iran, the world desperately needs voices like Lord Avebury to defendhumanity and justice without being hindered by political and commercial considerations.
While saluting and honoring his radiant memory and incredible life,we extend our condolences to his esteemed family,especially to Lady Lindsey Avebury.