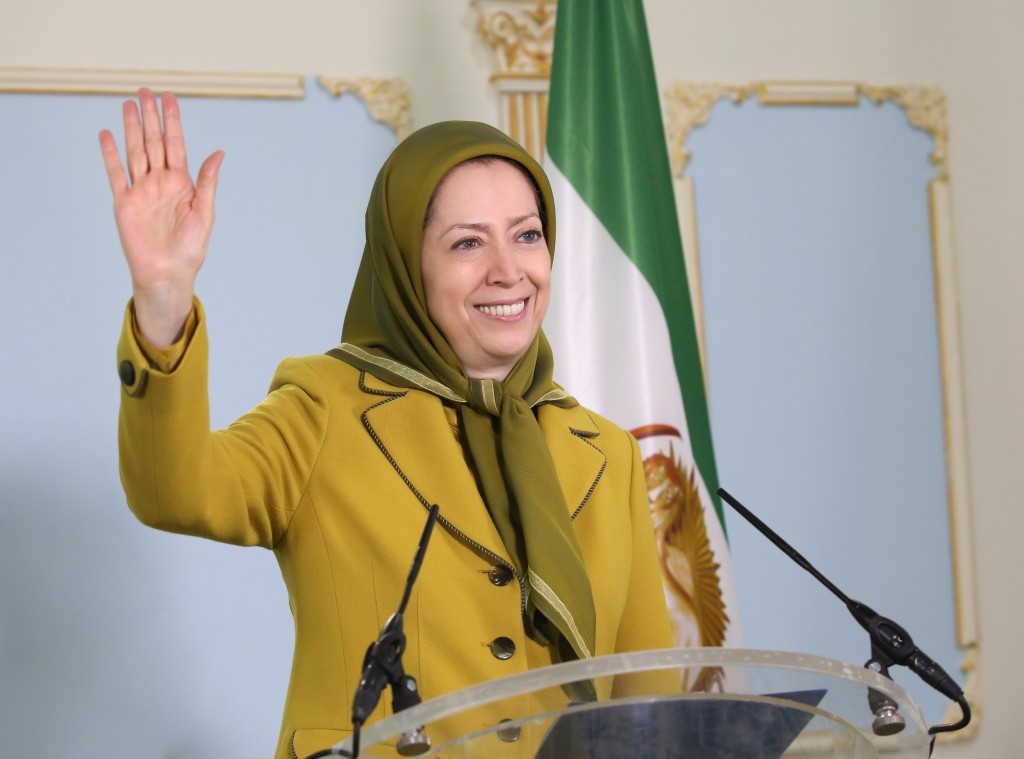 Mrs Maryam Rajavi: Terrorist plot to explode a bomb at large Iranian Resistance gathering in Paris by a diplomat is a crime against humanity with no precedent in Europe. Leaders of the ruling religious fascism in Iran seek to blackmail, coerce, and bargain their way out, but must be brought to justice without exception, otherwise, they will be emboldened.

The Antwerp Court of Appeals in Belgium announced its final ruling, today, Tuesday, May 10, 2022, on sentences issued for three accomplices of Assadollah Assadi, a terrorist diplomat of the mullahs’ regime, for plotting to bomb an Iranian Resistance rally in Villepinte, Paris, on June 30, 2018. Assadi had previously been sentenced to 20 years in prison. According to today’s ruling, the Court of Appeals confirmed the sentence for the other three agents of the clerical regime’s Intelligence Ministry under Assadi’s command (Nasimeh Naami, Amir Saadouni, and Mehrdad Arefani). i.e. the first two to 18 and the third to 17 years in prison, and revocation of their Belgian citizenships and passports. They were also fined 60,000€ each.

Mrs. Maryam Rajavi, the President-elect of the National Council of Resistance of Iran (NCRI), said: The court ruling and years of investigation leave no doubt that the bombing plot would have been the deadliest terrorist incident in Europe. Trial and punishment of the perpetrators, though necessary, is not enough. The principal officials and directors of this crime, namely Khamenei and his regime’s president (Ebrahim Raisi), the Foreign and Intelligence Ministers at the time, and other regime officials in the Supreme Security Council, must be brought to justice without exception, otherwise, they will be further emboldened.

These are the same people who have committed countless terrorist crimes in the last forty years, including the murder of 1,500 young people in the November 2019 uprising, 120,000 political executions, including the 1988 massacre of 30,000 political prisoners, and the plundering of the Iranian nation’s wealth and resources. As usual, they are now seeking to blackmail, coerce and bargain their way out, but must receive a resolute response, by being referred to the United Nations Security Council, the International Criminal Court, and the court of the Iranian people in a future free Iran.

In her seven-hour testimony in November 2019 about the bombing, Mrs. Rajavi, explained the regime leaders’ decision-making process and reiterated that the terrorist task was tasked to the Ministry of Intelligence to implement in cooperation with the Ministry of Foreign Affairs.

She emphasized that after the conviction of the terrorist diplomat and his three accomplices, any delay in adopting a decisive policy against the religious fascism in Iran will encourage it to continue and double down on its policy of terrorism. Failure to act in the face of human rights abuses and the crimes of the mullahs inside and outside Iran under the pretext of nuclear negotiations is a compounded error, that sends a message of weakness, and incentivizes the regime to acquire the atomic bomb.

Mrs. Rajavi called for all information and documents acquired in Assadollah Assadi’s case and the names of his network of agents in Europe, documented in his booklets, to be published. She urged European security services to unmask other sleeping cells planted by the mullahs’ Intelligence Ministry and Quds Force, revoke their asylum and citizenship in Europe and the United States, and close the Iranian regime’s embassies, nests of spies and terrorists.

Secretariat of the National Council of Resistance of Iran (NCRI)
May 10, 2022