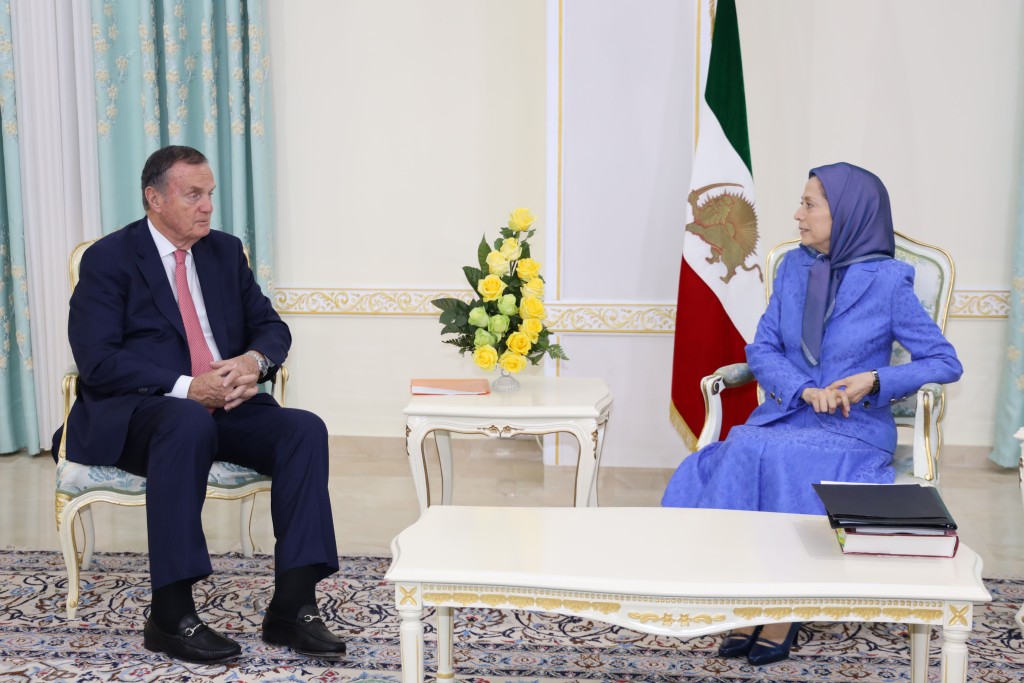 Maryam Rajavi meets with Gen. James Jones, Commander of the United States European Command and Supreme Allied Commander Europe from 2003 to 2006 and the 21st United States National Security Advisor to President Obama and Mr. Fatmir Mediu, the former Defense Minister of Albania and leader of the Republican Party at Ashraf 3