Speech in the international conference- Paris 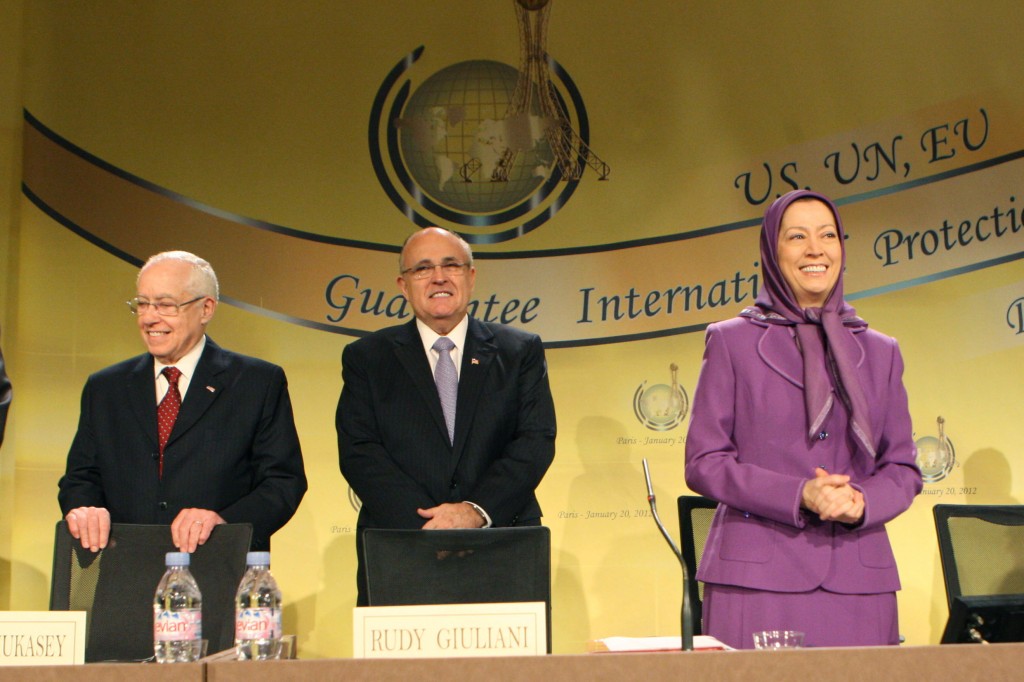 Dear Friends,
I am deeply grateful for the remarks by the conference chairman as well as the attention and support each and every one of you has given to the residents of Camp Ashraf.

The subject of this conference is the clerical regime’s attempts to annihilate its main opposition, as part of a malevolent policy adopted by the mullahs to preserve their fragile hold on power.
With 43 hangings in the first 20 days of the New Year, the mullahs have set a new record. More people are on death row.
The mullahs have also sentenced three prisoners and supporters of the PMOI to death by hanging.
The regime’s officials have announced the arrest of 32 active members of the PMOI on charges of leading the 2009 uprisings.
This is to set the stage for more criminal rulings.

Meanwhile the Islamic Revolutionary Guard Corps (IRGC) has in one of its mouthpieces called for a military solution to confront Ashraf. The mortar attacks against Ashraf are a manifestation of this policy.
In order to further tighten control over society, the mullahs plan to cut off internet connections in Iran from the rest of the world. The mullahs’ Majlis (Parliament) has passed a penalty for satellite viewers: 6 months to two years imprisonment and 74 lashes.
At the same time, the ruling theocracy has intensified its threats and terrorism, including bombings resulting in many casualties in Iraq, conducting military exercises with the aim of closing the Strait of Hormuz, starting production of 20 percent enriched uranium, and threatening Iran’s Arab neighbours.
Such adventurism is one the one hand designed to blackmail the international community. On the other hand, it is intended to contain and restrain a society whose arisen women and youths are poised to resume the uprisings. This is particularly the case since the mullahs are greatly apprehensive about losing control during their sham elections.
The belligerent stance is meant to cover up the economic free fall. Economic growth is now 0 percent and inflation reached 40 percent this month.
Indeed, all this is to preserve a regime whose ruling elite has been immersed in unprecedented divisions, while defections and fatigue permeate all of the regime’s layers, including the IRGC.
In such circumstances, regrettably, western governments and specifically the United States continue to seek a kind of engagement or accommodation with the religious fascism.
And how does this engagement manifest itself?
• In overlooking human rights abuses in Iran
• In remaining content with displaying mere rhetorical opposition to the regime
• In shelving the regime’s plot to assassinate foreign ambassadors in Washington
• In imposing partial and incomplete sanctions
• And, by portraying the regime’s nuclear program as non-threatening. And several other parameters.
But, the main core of this policy is the insistence to continue the illegitimate designation of the PMOI.
This designation has weakened the international community’s resolve to adopt a firm approach against the central banker of terrorism in the world.
So long as the PMOI unjustly remains on the State Department’s blacklist, the clerical regime would remain reassured that its threats will not be met with a firm response.
As such, it would be a deception or an illusion to think that a policy that has shackled the largest and most organized opposition against the regime could at the same time prove capable of adopting a firm stance against the regime.
It would be a deception or an illusion to think that a policy that participates in the suppression of the Iranian people through such designations could at the same time muster the resolve to prevent the Iranian regime from going nuclear.
Let me talk about the imposition of sanctions against the clerical regime, which has today turned into a global demand. The European Union plans to make a decision in this regard in three days.
We have consistently welcomed the implementation of sanctions, especially blocking the regime’s central bank and adopting an oil embargo, even though we know that attempts to curb the regime’s nuclear threat must be coupled with support for the Iranian people’s struggle for changing the regime.
Still, the EU decision and the sanctions resolutions passed by the US House and Senate signify a big leap forward.
But, the engagement policy of the current US administration and delays on the part of other western governments serve to weaken such decisions, delay their adoption as long as possible and for any measure under consideration, they set the standard of avoiding the drawing of the religious fascism’s ire.
This is where we urged that such a flawed policy be rectified.
The remedy starts with tackling the policy’s key component, which is to end the PMOI’s illegal designation.
This designation has provided an excuse for the Iraqi government to carry out two massacres against Ashraf in the past two years and it is also a pretext for many executions inside Iran.
Yet delisting the PMOI is not solely in the interest of the Iranian people. It would also contribute to rectifying a catastrophic policy while serving the cause of peace and security around the world. 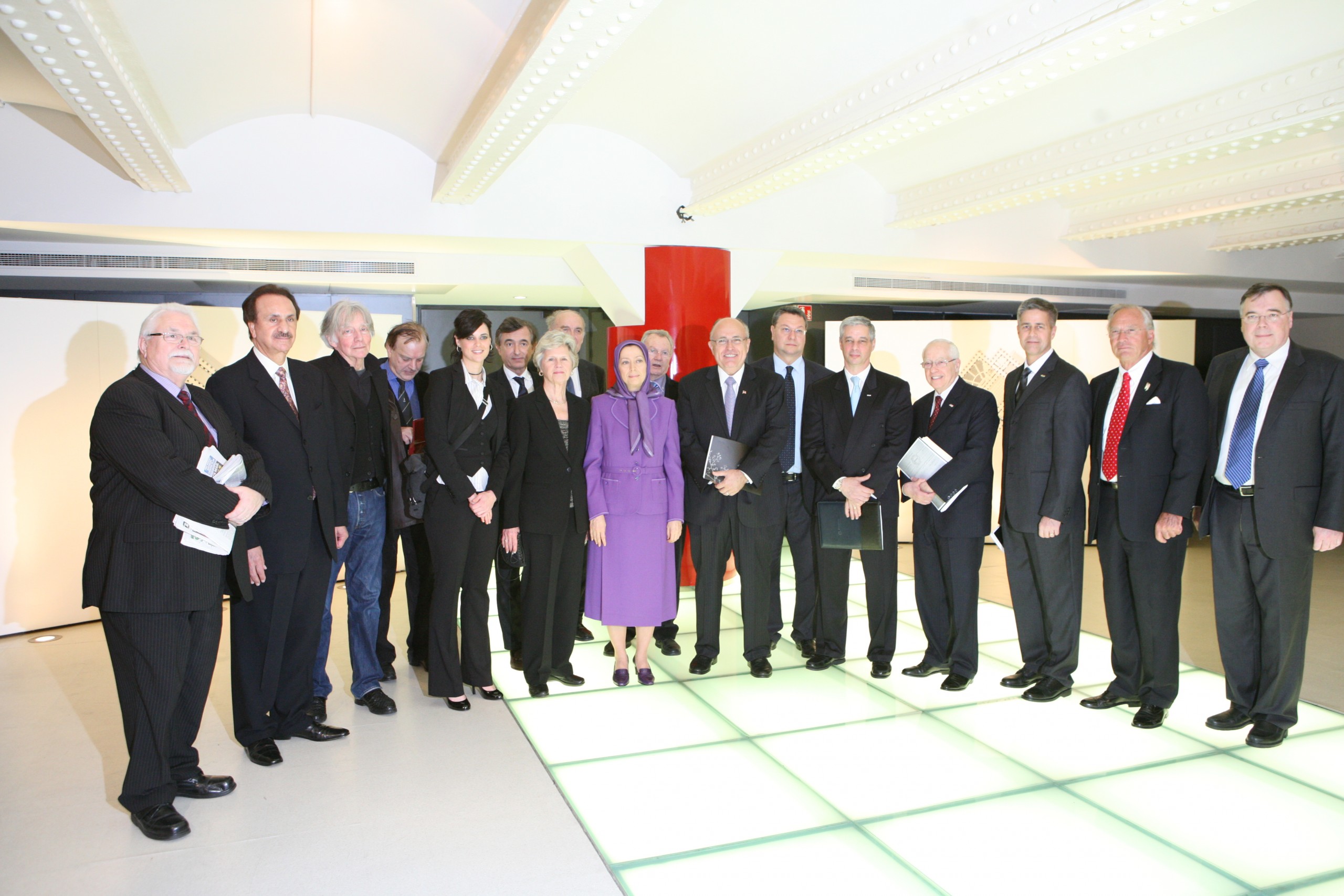