Maryam Rajavi: The Call-for-Justice Movement Should Shine Ever Brighter 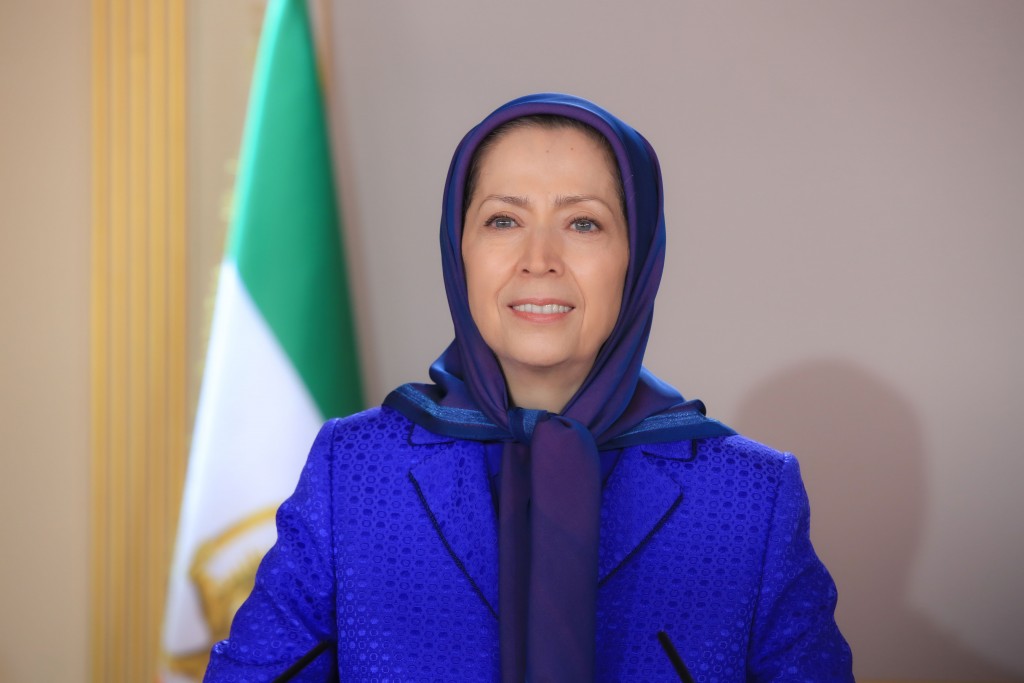 Message to the Iranians’ rally and demonstration in Stockholm, Sweden
August 23, 2021

Fellow compatriots,
Courageous supporters,
I salute all of you, honorable women and men, who carry the flag of justice for the massacred victims and of Iran’s freedom on your shoulders.
Today, the protesters of the nationwide uprising in July, particularly our Arab compatriots in Khuzestan, can hear their own voices in your rally’s demand that one cannot and must not put up with the mullahs’ rule.
The Resistance Units hear in your demonstration the admiring and supporting voice of a nation that tells them to set up the battalions of the Liberation Army and forge ahead on the only path that will overthrow the mullahs.
The world hears the calls for justice for the victims of the 1988 massacre in your demonstration; for the 30,000 resistant and steadfast heroes, more than 90% of whom were members of the PMOI/MEK. They laid down their lives for freedom, and walked to the gallows while shouting the name of Massoud Rajavi.
Your rally outside the Court of Stockholm is the Iranian people’s remarkable victory over the clerical regime, which wanted to use this court as a tool for condemning the Call-for-Justice Movement.
As the trial of the clerical regime’s agent began in the District Court of Stockholm, you put the regime, in its entirety, on trial.
During his trial, the heartless killer, who put the noose around the necks of many of your sisters and brothers, said that your cries for justice outside the court were “some kind of torture” for him.
At that moment, he described the feeling of all members of the clerical regime’s ruling clique. They are afraid of your voice and of the voice of the Iranian people every day and night. They fear the voice of resistant political prisoners. They tremble from the voice of protesters because they know that the owners of these voices will destroy the mullahs’ brutal and authoritarian rule. They will one day obliterate all the institutions of torture and suppression. And on such a day, their voice will be the cry of all Iranians for freedom.
The Call-for-Justice Movement began in the summer of 1988 when the Leader of the Iranian Resistance, Massoud Rajavi, sent telegrams to the U.N. Secretary-General. The movement has ceaselessly continued its activities since then.
On August 25, 1988, he wrote to the U.N. Secretary-General that Khomeini had issued a hand-written decree, ordering the execution of PMOI political prisoners.
Today, U.N. special rapporteurs, the U.N. Special Rapporteur for human rights in Iran, Amnesty International, and more than 150 human rights advocates, are calling for the formation of an independent delegation to investigate the 1988 massacre and to hold its masterminds and perpetrators accountable.
The Call-for-Justice Movement is the Iranian people’s determined and steadfast movement that will progress until the Iranian people’s court or an international tribunal prosecutes the clerical regime’s leaders for their genocide and crime against humanity.

Fellow compatriots,
Ali Khamenei and his collaborators hanged thousands upon thousands of political prisoners in 1988 to preserve their rule. Exercising the same ruthlessness and brutality, they are killing hundreds of thousands of helpless people today in the inferno of the Coronavirus.
The Iranian Resistance, and particularly the Iranian Resistance’s Leader Massoud Rajavi, revealed in February 2020 that Khamenei had adopted an ominous strategy paving the way for massive human casualties to contain the widespread protests. From the outset, the Iranian Resistance firmly declared that Khamenei was the main culprit responsible for the enormous death toll of the Coronavirus and called for his prosecution.
Now, public opinion in Iran believes that Khamenei must be recognized as the foremost criminal responsible for the Coronavirus catastrophe. Many want him to be brought to justice.
As Massoud Rajavi said: “Since the Khomeini regime serves as a unique example since the Mongol conquest of Iran [in the 13th century], the leaders of the mullahs’ regime, and the masterminds and perpetrators of the 1988 massacre, must be prosecuted and punished by an international tribunal and the Iranian people’s court. This prosecution is the right of the Iranian people, the right of humanity, the right of the People’s Mojahedin of Iran, and their people.”
We, therefore, urge the international community to recognize the massacre of 30,000 political prisoners in 1988 as a genocide and a crime against humanity.
It is imperative, particularly for European governments, to revise their policy of turning a blind eye on the largest massacre of political prisoners since World War II. As it was recently stated in the letter by a group of members of the European Parliament to the E.U. foreign policy chief, appeasing and placating the Iranian regime “contradicts European commitments to uphold and stand up for human rights.”
Europe, and the broader international community, must take steps to fulfill the Iranian people’s desire for the international prosecution of Ali Khamenei and Ebrahim Raisi for genocide and crimes against humanity.
Western governments must respect the demand of the Iranian people and Resistance and refuse to accept Raisi, a mass murderer, in their countries or at any international forum.
And finally, I would like to ask you, courageous supporters of the Iranian Resistance, to strive every day to help the Call-for-Justice Movement to shine ever brighter.
Advance the Call-for-Justice Movement vigorously until you pour the “poison chalice” of human rights down the throat of Khamenei and his regime.
Remember that you are the voice of thousands upon thousands of families and parents who cannot even mourn their fallen children or visit their graves under the mullahs’ repressive rule.
Yes, you are the resounding voice of 30,000 heroes massacred in 1988 and the cry of all the people of Iran for freedom.
Hail to your resolve and struggle
Long live freedom
Hail to the people of Iran