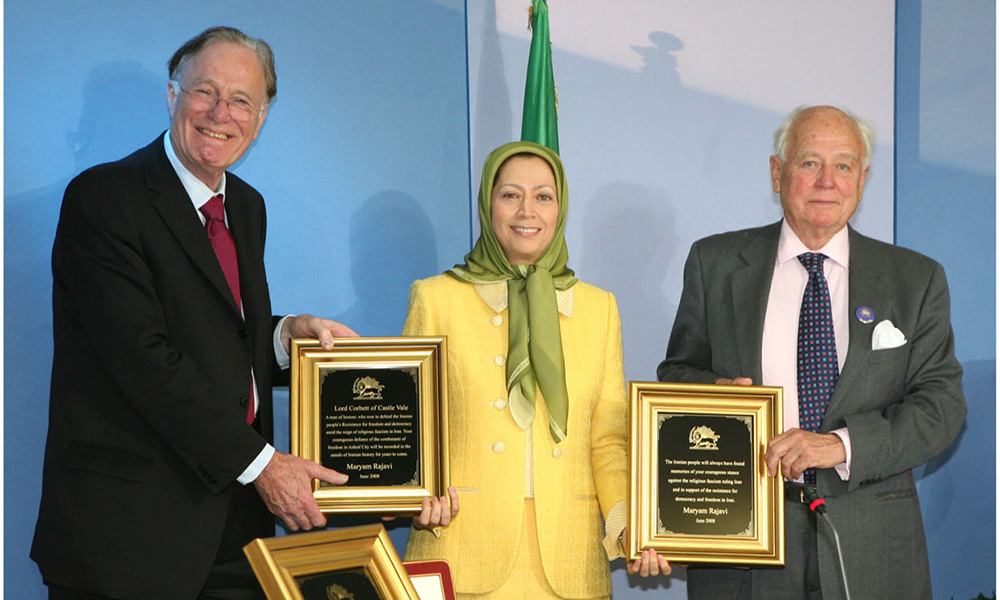 The lawsuit filed by 35 members of the British houses of parliament to lift the proscription of the People’s Mojahedin of Iran (PMOI/MEK), is one the most glorious pages in the history of friendship between the two nations of Iran and Britain. And Lord Waddington was one of those noble representatives.
In those days, Lord Waddington wrote in an article, “One of the most treacherous actions which threatens the rule of law and our democratic traditions are explicit acts like the ones proscribing organizations as ‘terrorist’ without the government elaborating on the reasons for the verdict or judgement. A specific case in point is the People’s Mojahedin Organization of Iran, the largest and most organized movement opposing the Iranian regime.”
Lord Waddington was particularly hurt by the fact that “our laws for defending society against terrorism are used by the Iranian regime to reinforce its own position” and that “this is the greatest gift to the mullahs.”
Courageous and outspoken, Lord Waddington was the true voice of conscience, law and justice. He persistently followed up the rights, security and protection of PMOI members in Ashraf and Camp Liberty. He was among the sponsors of a political initiative advising the international community to recognize the Iranian people’s Resistance for freedom as the solution for the problem of Iran and the crisis in the Middle East.
We hail his exalted soul and extend our condolences on his loss to his honorable family, especially to Lady Waddington, and members of the British Parliamentary Committee for Iran Freedom.