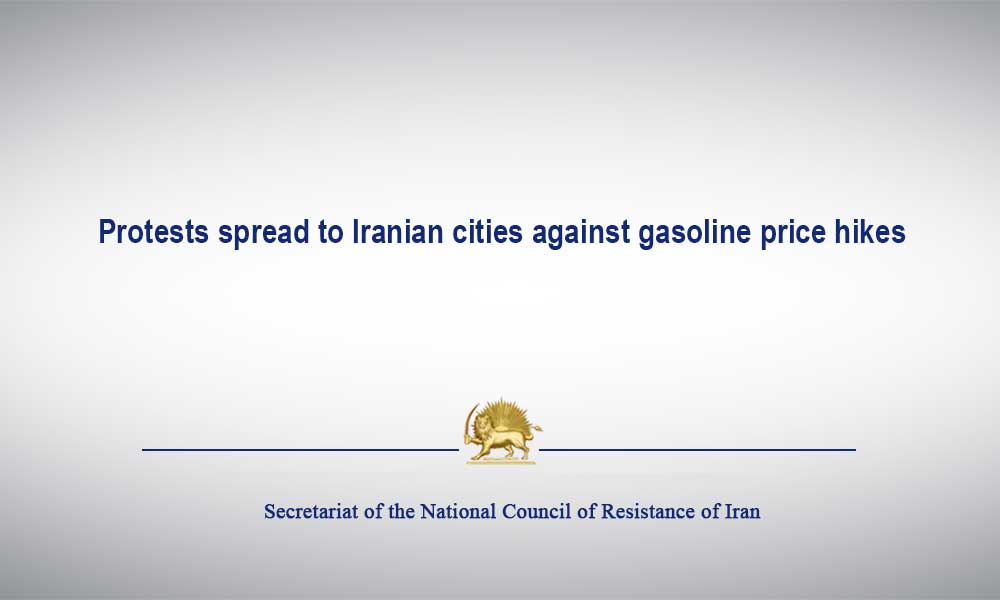 Protests erupted in Ahvaz and many other cities in Khuzestan Province. The State Security Force attacked the protesting residents and broke the windshields of their vehicles. But young Ahvazis clashed with them and collectively sat down on the street, forcing them to retreat. They blocked the Mullah Thani Expressway while chanting, “Let go of Syria, think of us,” and “have no fear, we are all together.”

The residents of Hashtgerd in Karaj (west of Tehran) protested against the rise in gasoline prices by driving their cars in the streets. Similar protests raged in Shiraz, Karaj and Sirjan.

Mrs. Maryam Rajavi, the President-elect of the National Council of Resistance of Iran (NCRI), hailed the brave people of Mashhad, Shiraz, Karaj, Sirjan, Ahvaz, and other cities for rising up against the mullahs’ corrupt and criminal regime. She urged all the young people to rise in support of the protesters.

Secretariat of the National Council of Resistance of Iran
November 15, 2019