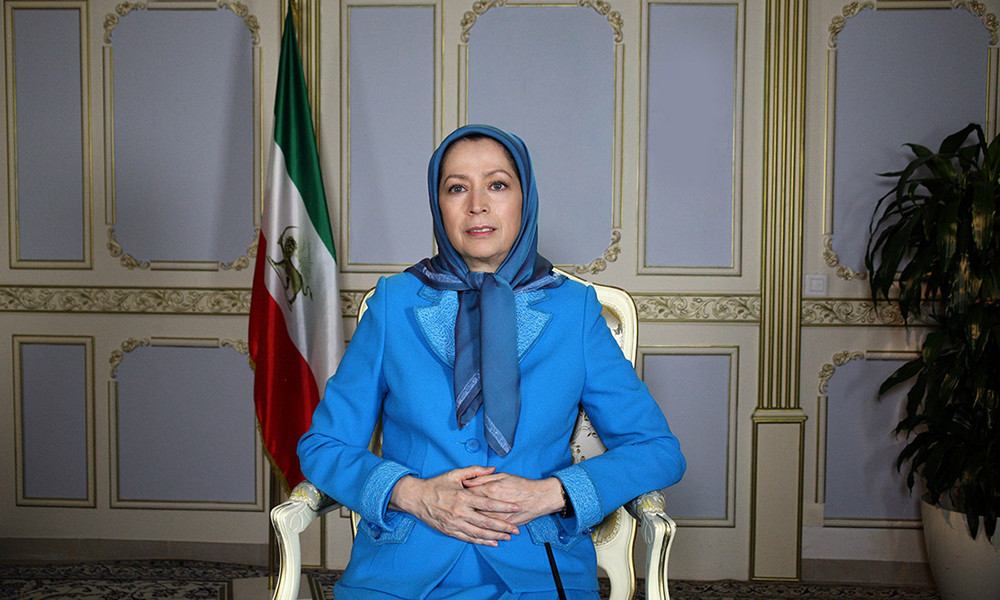 Let us hail the imprisoned workers who are resisting in the regime’s dungeons and the courageous laborers who risk their own dismissal to protest violations of the most basic rights and freedoms of workers.
Workers set a record last year, by staging numerous protests, strikes, marches, and gatherings, and by signing protest petitions in various production units in every province.

They also travelled frequently from various cities to the capital to stage protest rallies in front of the mullahs’ parliament, the presidential office, the ministries, the Mostaz’afan Foundation, and other government offices. By doing so, they stressed the fact that Iran’s toiling workers see the country’s ruling religious dictatorship as the source of misfortune for the majority of the Iranian populace. Indeed, they are the prime advocates of exploitation, oppression and aggression on the rights of workers.
Workers lost their jobs and livelihood in the course of the unremitting trend of factories going bankrupt which led to the shutdown of 60% of industrial centers.  They were not even able to receive their unpaid dues.
The sale and fraudulent auctions of factories, the economic corruption and expansion of black markets, also the bankruptcy of banks and stepped-up import of foreign goods, target Iran’s workers as their prime victims.
Also, the treacherous policy of allocating a lion’s share of the country’s revenues to the war and massacre in Syria, has made Iranian workers ever poorer and destitute.
For years, the minimum wage of workers has remained at one dollar per hour. Their purchasing power, however, has plunged 187% since 2009.  According to the regime’s officials, 60% of workers are not in any position to receive even their minimum wages  while the one-dollar-an-hour wage of Iranian laborers is not even one-fourth of workers’ wage in the world’s most crisis-riddled economies, such as Greece.
The Tsunami of lay-offs and dismissals has intensified under Rowhani’s government, and group after group of workers join the millions-strong army of unemployed every day. Official estimates put the number of unemployed workers at over one million.  Over the past two years, 166,000 industrialist workers have lost their jobs.  Those who have not lost their jobs are under pressure of having not received their wages while they do not have any job security since they were forced to sign white and temporary contracts to have a job.
According to the Iranian regime’s Labor Ministry, 93% of the country’s working force is working under such contracts.  This is one of the regime’s most cruel plans designed to subjugate workers and compel them into cheap labor.
Iranian workers are among the world’s least-paid and most vulnerable work force who face constant threat of dismissal and the lowest job security.
Despite the horrific economic stagnation in Iran, it is the ruling mullahs’ overlooking of the fate of workers that contributes most significantly to their victimization as a result of criminal policies.
The various regime factions also share interest in the plunder of the product of workers’ lives and energy and crackdown on their legitimate protests. This is why workers’ conditions deteriorate every year as attested by official figures and reports.
Another stain on the record of the clerical regime is the workers’ living conditions in their residential quarters and camps around the country such as in the South Pars region, Asalouyeh, and Nakhl Taghi.
In their advertisements, the mullahs call Asalouyeh the nation’s “Great Oil Civilization” or “Energy Capital.” However, they have piled up tens of thousands of workers in small, crowded, filthy rooms filled with bugs. Workers receive little and low-quality food and get poisoned frequently. Their transportation is quite old and every year, a considerable number of workers get killed in road accidents. Drinking water is virtually non-existent, health clinics are not adequate, while narcotic drugs are easily at hand. So, workers have been doomed to live in near-slavery conditions in this industrial town.
The mullahs have set up the pillars of their rule on such poverty and destitution. They neither want nor are able to change this situation any bit. This is why it is impossible to gain the minimum rights of Iranian workers and toilers without a regime change.
Freedom of independent organizations, the right to stage strikes and protest gatherings, abolition of temporary and white contracts, disbanding of major contractors of labor force, prompt payment of wages and all past-due demands, provision of health and unemployment insurance and other demands of workers threaten the regime’s existence because they bring about freedom for workers to various degrees. So, achieving every single one of such demands is intertwined with the struggle for regime change.
Valiant workers,
The mullahs’ crisis-riddled regime is vulnerable to your unity of action and joint struggle. Your persistence on demanding your inalienable rights is part of the struggle of the whole nation to overthrow the ruling religious tyranny.
A glance over the history of the resistance against the clerical regime, reveals that workers have always had a brilliant presence in the ranks of the movement, in the publication of newsletters for workers and the struggles of the early years after the revolution and throughout the years of resistance in the National Liberation Army.
The day is not far when the courageous workers of Iran and the brave youths of our country form the Liberation Army’s units hand in hand with all the regime’s opponents and rise up to gain their freedoms and the nation’s great right to national sovereignty.
The day is not far when all the oppressed people of Iran will achieve their fundamental rights, freedom, social justice, equality and the welfare they deserve in a free Iran.
Happy International Labor Day to you all.