Message to the Iranians demonstration in Brussels 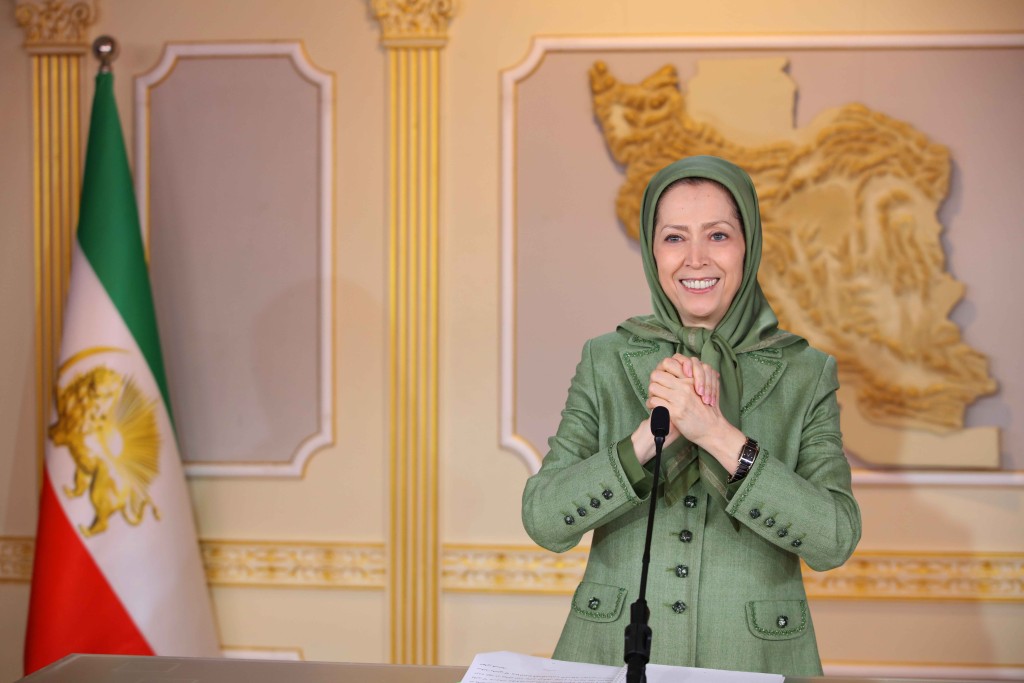 Fellow compatriots,
Supporters of the Iranian Resistance,
I salute you, the harbingers of Iran’s freedom and the standard-bearers of the global campaign against the clerical regime’s shameful treaty with the Belgian government.
A treaty, whose actual substance and name amount to granting impunity to the religious fascism’s terrorism and to the mullahs, who were about to carry out a mass killing in Paris, marking the biggest terrorist incident in Europe.
However, with your round-the-clock efforts, you, and other conscientious people, particularly in the Parliament of Belgium and other countries, exposed the scandalous conspiracy internationally in a short period of time.
You exposed a decision that extends the greatest encouragement to terrorism and crime on European soil on the world stage.
For me, it was a reminder of the June 17 conspiracy. The solidarity of freedom-loving Iranians once again made it clear that wherever they are, Iranians are the same as they were 20 years ago and 40 years ago. They will not rest when freedom, democracy, and human rights are sacrificed, and justice and the rule of law are trampled upon.
When this shameful treaty became public, the Iranian Resistance’s Leader Massoud Rajavi said on July 1, “It is an insult to humankind’s conscience and intellect, especially the Iranian people, that the Intelligence Ministry’s diplomat-terrorist can spend his sentence in the prison of the very people who had sent him on his mission in the first place. Toying with the Judiciary and Justice in Belgium must be prevented.”

He also said, “Voting for the disgraceful deal and plan desired by a terrorist and murderous regime is tantamount to bowing to religious fascism and the executioners of the Iranian people. It is a betrayal of democracy and human rights.”
Moreover, the campaign against appeasing the unbridled terrorism of the ruling mullahs, just like the campaign to expose their secret nuclear facilities and projects, is not only defending the Iranian people’s highest interests but also is a great service to global peace and security, especially as it relates to bombing peaceful gatherings and protecting the lives and safety of the people of Europe.

A global front against appeasement

Indeed, you inspired a global front against this collusion:
Senator Bob Menendez, chair of the US Senate Foreign Relations Committee, announced, “A Belgium-Iran treaty must uphold Belgium’s international obligations and cannot grant impunity to Assadollah Asadi or any other actor responsible for human rights violations and heinous acts of terrorism. Iran must be held to account for backing terrorism and taking hostages for leverage.”
Senator Ted Cruz, a senior member of the Senate Foreign Relations Committee, called the treaty “perplexing.” He said the US had cooperated in investigating the 2018 terrorist plot against a political gathering in Paris so that “convicted terrorists should be punished, not freed.”
Prominent international jurists, including Professor Eric David, said, “Allowing Assadi to serve (in violation of the UNSC 1373 Resolution) the remainder of his 20-year sentence in Iran, the state, which was responsible for the attempted terrorist bombing, would make a mockery of the rule of law and foster further impunity for the Iranian government and its officials involved in terrorism and crimes against humanity.”

Professor John Mather, the Senior Project Scientist for the James Webb Space Telescope, also pointed out that this “unethical and scandalous treaty” would make “a mockery of the rule of law” and defeat “the world’s efforts to fight terrorism.”
And Professor Richard Roberts and other Nobel Laureates declared that the treaty would “set a dangerous precedent.”
It must not be left untold that the Belgian Judiciary and its law enforcement officers did their job correctly and meticulously.
Parliamentary groups from different countries, as well as prominent European and American dignitaries such as Judge Michael Mukasey, former US Attorney General; Gen. James Jones, former National Security Advisor to US President; and Judge Louis Freeh, former director of the FBI, wrote in this regard, “This pending treaty is totally disrespectful to the law enforcement officers who risked their lives to prevent the 2018 attack.”

In the face of Iranians’ solidarity in Belgium, your campaign, and your global front, the advocates of appeasement and back-door deals have now turned the hostage-taking of Belgian citizens in Iran into a tactic against victims of terrorism.
In blatant sophistry, instead of blaming the hostage-takers and adopting a stronger stance against the executioners, they want to appease them with the victims’ blood. They say, what is wrong with sending a terrorist diplomat to a regime that sent him on a bombing mission? In return, they would free our hostage!
In this way, they fortify the theory of a “new type of power.”
After the fatwa to kill Salman Rushdie, Javad Larijani, the human rights secretary of the mullahs’ Judiciary, wrote a piece entitled, “A new type of power,” in which he said: “Until now, the prevalent thinking was that political power should be defined based on military and economic power… However, the fatwa by Imam (Khomeini) showed that the source of political power is something else. The main source of power is to impact people’s will.”
The main issue for religious fascism ruling Iran is breaking the universal will against terrorism in Belgium and across Europe.
Pinning hope on the release of a Belgian hostage in Iran is one-step forward and 100 steps back because, in the future, no one will be safe. Every European and American citizen in Iran is also a potential hostage.

What must be done?

Indeed, what must be done?
The Iranian Resistance has already answered this question.
Seventy days ago, Massoud Rajavi said, “The Swedish government must confront the regime’s extortion and blackmail (in the case of Ahmadreza Jalali) by immediately launching the prosecution of Raisi, the henchman of 1988, for committing crimes against humanity, war crimes, and genocide.”
The Belgian government should have done and should do the same.
Indeed, what will you do if tomorrow, the mullahs blackmail all the people of Europe with the threat of a nuclear bomb?
Is it right to kneel and surrender? Where are the lessons and experiences of appeasing and going to war against Hitler, the Holocaust, and the gas chambers?
The regime’s overthrow and the establishment of democracy and people’s sovereignty are the tasks of the Iranian people and the Iranian Resistance. We have never asked this from anyone else, and we never will.

But since half a century ago, from the time of the Shah, we have asked to not take sides with dictatorship because overthrowing religious fascism is inevitable.
I thank my fellow compatriots, particularly university professors, specialists, athletes, artists, and Iranian political groups. I am also grateful to members of parliaments, jurists, dignitaries, and political parties, who joined this campaign, especially in Belgium and in its parliament. Their persistence against auctioneering values and the rule of law shows that the conscience of humanity is awake.
I extend my sincere gratitude to the Belgian judges for their endeavors to investigate the case of the regime’s terrorist diplomat and vote for his conviction. I also thank members of the Parliament of Belgium for their brave opposition to the mullahs’ disgraceful treaty.
So far, your campaign and the campaign of supporters of the Iranian Resistance has proven that when a people and their Resistance are vigilant and prepared,
when they quickly rush to the battlefield to defend the their people’s freedom and liberty, they can turn the situation into their favor. And indeed, you are the extension of Iranian protesters and the Resistance Units on the international scene.
The fight will continue in all political, international, and legal arenas.
I urge all my compatriots to assist us in this endeavor.
Our guiding principle is relying on ourselves.
I say with deep conviction that when you tirelessly exhaust all options and do not give up, you will definitely win victory.