Speech for the rally in Washington DC 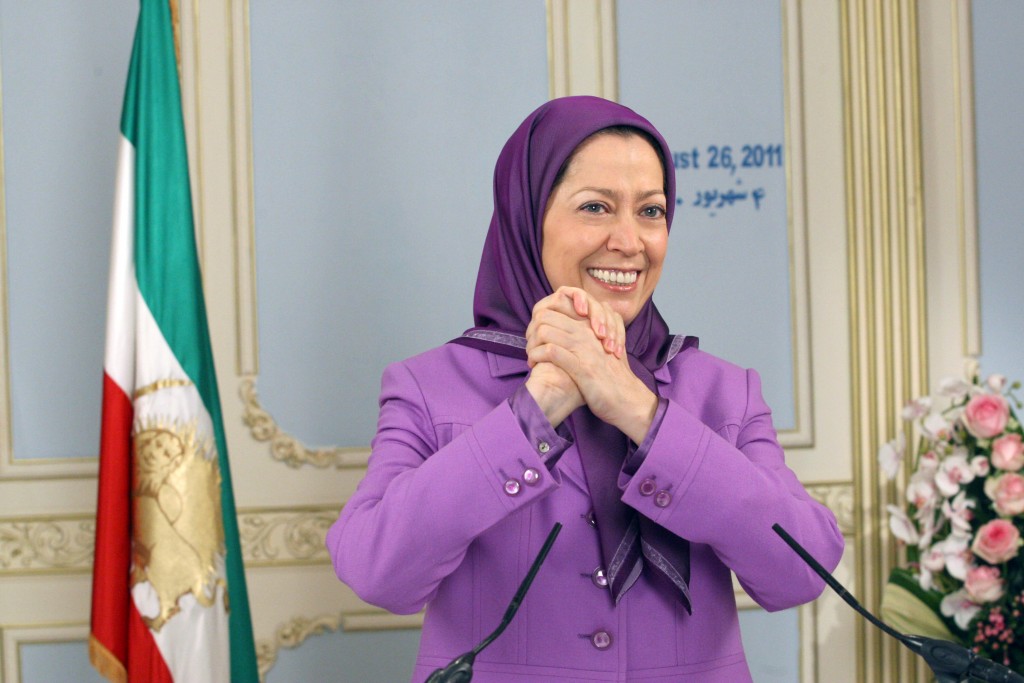 I salute your protest and gathering, which symbolizes an uprising for the freedom of the Iranian people and in defense of the persecuted and besieged Ashraf; an uprising against a discredited label against the Iranian Resistance.

Today, your calls echo the calls for justice emanating from an enchained nation, which rejects the velayat-e faqih (absolute clerical rule) dictatorship.

Ashraf is proud to have such admirable representatives and defenders like you;
And the Iranian people are proud to have stored in your being the most prized possession required for the attainment of freedom and democracy.

Dear Compatriots,
It has been more a year since the ruling of the U.S. Court of Appeals in Washington, which ordered the State Department to review the terrorist listing of the People’s Mojahedin Organization of Iran (PMOI/MEK).
The Iranian people and the Iranian Resistance have paid the price for this unjustified delay with the blood of their most courageous children. Political prisoners in Iran, like Ali Saremi, were hanged by Khamenei’s henchmen. And, the 36 heroes of freedom in Ashraf, who were martyred on the orders of the velayat-e faqih regime, were all part of this bloody price.

The terror listing in the U.S. is openly used as a justification to legitimize such bloodletting, both by the cruel mullahs in Tehran as well as their proxy government in Iraq.
Therefore, the Iranian people are asking the United States, ‘Why are you not annulling the license to kill our children?’
The decision of the appeals court in Washington stated that the State Department violated due process rights during the listing process. And, 20 judgments by European courts against the terrorism charge leave absolutely no doubt that this label is completely discredited.

Today, this disgraceful listing separates the two camps of the regime’s supporters on the one hand and those defending freedom and democracy in Iran on the other.

On the one hand is the camp inspired by the mullahs themselves, which includes those serving and siding with religious dictatorship, those who justify the massacre of political prisoners, defend the Iranian regime’s nuclear drive, oppose sanctions against the ruling religious fascism and broker appeasing the central banker of terrorism; they all endeavor to maintain the PMOI on the list. With their Iranian and American passports in hand, they are the ones who have for all these years justified the suppression of the Iranian people while uploading the proverbial ammunitions for the destruction of Ashraf and massacre of its residents.

They are tied to the theocratic system with hundreds of strings and see their vital interests preserved in the survival of the regime. They are infuriated whenever the regime’s fundamental interests are threatened.
In the 1930s, there were groups in the United States that openly supported Hitler and the Nazi Germany.
Now, in a much smaller scale, there are groups that support the religious fascism.
In reality, they are the plainclothes agents and paramilitary Bassij forces abroad, billed as “experts,” “activists,” and “academics.”

This is the camp that is defending the religious fascism.
On the other side, consider the camp that is defending freedom and democracy in Iran.
Thousands of parliamentarians and human rights advocates in the Arab world and in Europe, joined by a large number of members of the U.S. House of Representatives and Senate, forming a great global voice in defense of the freedom-loving Iranian Resistance. This constitutes an exceptional consensus in the face of 14 years of injustices committed against the PMOI and the Iranian Resistance.

In the U.S., especially over the past year, everyone was able to see that under the most intense pressures, members of Congress exhibited great courage in their defense of Ashraf and in rejecting the terrorism label.
Dozens of the most honorable former senior officials serving in the country’s administrations over the last two decades have taken a clear stance in the course of their multiple international conferences in Washington, Brussels, Paris, Berlin, London and Rome, leaving absolutely no credibility for this listing.

Hail to their sense of justice and clear-sightedness through which the great historical symbols of America like Jefferson and Lincoln are resurrected.
We have seen how the mullahs’ regime and the insignificant factions directed by Tehran utilize cruelty and insolence to attack and avenge these dignified personalities. But, these officials have shown extraordinary courage by placing their credibility and political reputation in support of this Resistance.

We recognize the United States in the image of these noble human beings and not those who have succumbed to religious fascism.
They represent an America that recognizes democracy and human rights in Iran as the precondition for global peace and security and guarantor of the American people’s genuine interests.
This is the United States that is standing by the Iranian people.

For the past 170 days, your courageous and resilient friends have staged a sit-in across from the State Department.
They echo the Iranian nation’s call for the upholding of justice for the protection of Ashraf and removal of the PMOI from the terror list night and day, both under the summer heat and the winter chill.
I want to tell them that today, people from Ashraf to cities across Iran are sending their greetings to you.
This persistent struggle, all these efforts and endless inspiration and love flowing through the presence of this Resistance’s sympathizers in the United States has led to significant achievements over the past year.
Letters from more than 800 religious leaders and 2,000 priests across the U.S. in support of this Resistance
13 hearing sessions in the U.S. House and Senate to pursue the issue of protecting Ashraf and annulling the discredited terror label against the PMOI
Passing of multiple resolutions in Congress, and especially the amendment passed by the House Foreign Affairs Committee last month about the imperative to prevent the displacement of Ashraf residents inside Iraq
And thousands of political, parliamentary, media and social initiatives, all of which have inspired the admiration of everyone.

All this persistence, humility and sincerity leaves any human being in awe.
Hail to all of you who carry the pride of Iran.
The inevitable victory of freedom in Iran is visible in your reflection.

Supporters of the Resistance,
The evil forces that have laid a siege on your sisters and brothers in Camp Ashraf seek to destroy and annihilate Ashraf and its freedom-seeking residents. But, you have spread the flames of Ashraf in your society and hoisted its flag. Hold onto this flag more powerfully, because this is the banner of freedom and democracy in Iran.
Clearly, the U.S. bears special responsibility for ensuring the protection of these residents on the basis of its agreements with every single one of the residents in Camp Ashraf.

As stressed by members of Congress, the U.S. would be responsible for any future humanitarian catastrophes in Ashraf.
We urge the U.S. to listen to Congress and the resolution passed by the House Foreign Affairs Committee, and leave aside the idea of displacing Ashraf residents within Iraq. We call on the U.S. to support the European solution instead of this dangerous idea which will have no results other than a humanitarian catastrophe.

As Massoud [Rajavi] has said, “The main message is that if you remain as resilient as a mountain like the freedom-seeking residents of Ashraf, and if you pay the price for it, whatever it may be, then the world will rise up in your support, and the contemporary humanity will stand on the side of our nation with all the values that transcend man-made boundaries through the love for freedom. The world of politics and balance of power will also inevitably adapt itself to this wave.”

Yes, the main point is in the role and responsibilities of each and every one of you
And I am confident that you will fulfill your responsibilities to the fullest extent of honor and pride
Hail to freedom
Hail to Ashraf
Hail to the Iranian people
And hail to all of you