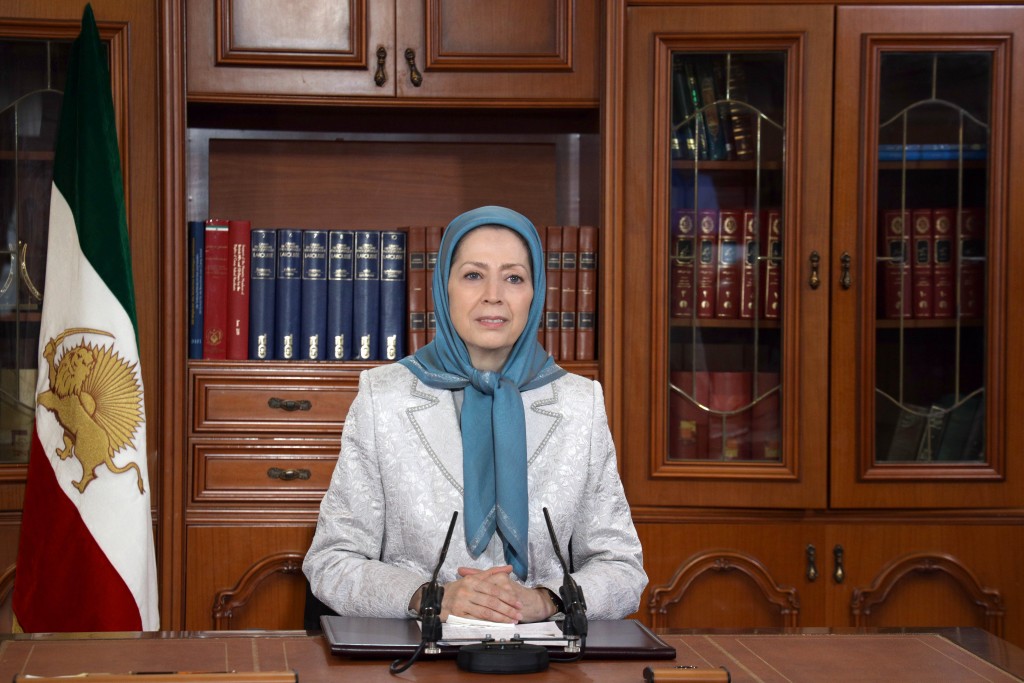 Dear students, conscious college students,
Honorable teachers and professors,
I send my greetings to you at the start of the new academic year. The first lesson in any school and university must be freedom and rising up to achieve it. It is a lesson and a book that successive generations of Iranian youth and teenagers have been writing and learning since the 1906 Constitutional Revolution. Until the day the Iranian people pass the great nationwide test of overthrowing the religious dictatorship and achieve freedom.
Unfortunately, this is the second school year that begins amid the pandemic and in the face of the clerical regime’s catastrophic conduct and criminal policies in tackling the Covid-19. Suppose Khamenei and his bloodthirsty gang had spent a small part of what they squander on domestic repression, warmongering in the region, or nuclear and missile programs, on vaccinating the population. In that case, there is no doubt that the schools and universities would have been in healthy and safe conditions to resume work. Likewise, the death and distress that befalls all families, including teachers and academics, would have been far away.
Plagued by illness, death, and poverty, the education system continues to regress., The clerical regime’s record for the last school year is as follows:
Nearly 3 million students have dropped out of school due to extreme poverty. (1)
The number of illiterates rose to about 12 million, (2) including at least 4 million child laborers. (3)
The age of drug abuse among students has dropped to 12. (4)
Suicide has increased among high school students. Fifty percent of girls living in the border provinces have dropped out, (5) and many other tragic realities.
This situation contrasts with the establishment of dozens of aristocratic schools in Tehran and major cities. They offer the best educational facilities to the children of the ruling clique for about 100 million Tomans per year with uninterrupted summer camps abroad.

Dear high school and college students,
You are a generation of vanguards. Deeply aware of the mullahs’ cruelty, your generation has fought and sacrificed their lives since the 1980s. Thirty thousand heroes of this generation remained faithful to their beliefs in 1988. They chose to stand their ground and walk to the gallows. Ardakan and Ardalan Dar-Afarine were two energetic high school students from Lahijan. They endured seven years of detention before being hanged at the age of 22 and 23. Leila Mada’en, Zahra Niakan, Issa Hosseinpour, Parviz Mojahednia, and countless other students trailblazed a path that has continued for the past three decades. The active participation of youth and teenagers, including students, in the 2019 November uprising and the uprisings in Khuzestan, Sistan, and Baluchistan continues this tradition.

These days and throughout the last year, Iran’s cities have seen the protests of arisen and freedom-loving teachers, educators, and students, who took to the streets again and again despite the coronavirus pandemic. They demanded their trampled rights, dignity, and freedoms and guaranteed health. Still, the regime’s repressive forces have answered them by attacks and tear gas.
Like other social sectors, obtaining the most basic rights and freedoms of the teaching and academic community depends on taking Iran back from the mullahs in unity with nationwide uprisings.
The mullahs’ regime is on its last leg. Khamenei selected Raisi, the henchman of the 1988 massacre, as president because of his regime’s impasse. However, as your representatives in the Resistance Units have shown, your rebellious generation – the main force of the uprisings – is more aware and determined than ever to eradicate the religious dictatorship.
Massoud Rajavi, the Leader of the Iranian Resistance, said to Iran’s courageous youth and the army of freedom: “Rights and freedoms are not given to anyone for free. We must pay the full price and wrest them from the clutches of tyrants by relying on our own strength.”
So stand up for freedom and in the name of freedom! Organize in every high school and university, expose the enemy’s agents, reject and isolate the profiteers who fabricate theories to preserve this rotten regime. Spread this truth to your surroundings that this criminal regime can and must be overthrown, and Iran can be liberated and made prosperous. Iran’s bright future is in your hands.
No repressive force can stop the people determined to liberate themselves. Join hands! Hope and faith in liberation are the inexhaustible sources of ability and strength. We can and must rid Iran of the mullahs and establish freedom and progress.