Maryam Rajavi: Giving concessions to the mullahs is tantamount to siding with a moribund regime 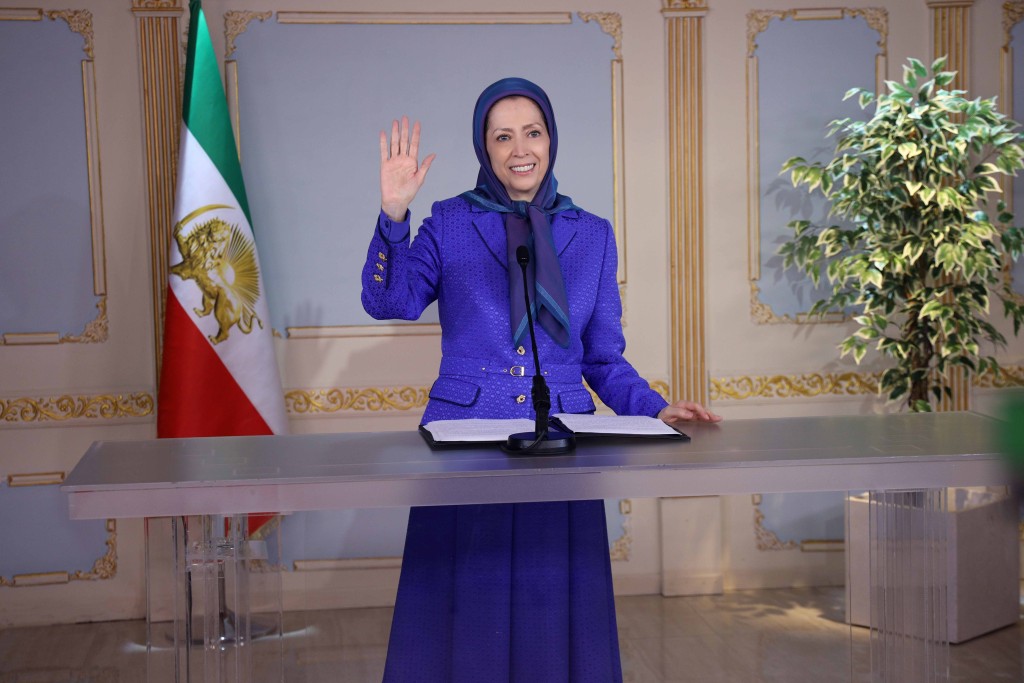 Message to Iranians and supporters of the Iranian Resistance in Belgium

Dear compatriots,
Supporters of the Iranian Resistance,
I salute you for standing against the most active state sponsor of terrorism in the contemporary world and discrediting the policy of appeasing this evil regime.
It has been nearly three months that you prevented the repatriation of the bomb-carrying terrorist diplomat to his masters.
You have blocked the path for the mullahs who sought to take advantage of this law to establish their terrorist headquarters in the heart of Europe.
With your intensive campaign in 16 countries, you have challenged the West’s policy of appeasement.
I pay tribute to your resistance, the most important anti-terrorist force in the world.
They had conspired to secretly send the regime’s terrorist diplomat from prison in Belgium to the headquarters of crime and terrorism in the notorious Intelligence Ministry in Tehran. But you lifted the veil, overturned the dark rooms, and exposed their schemes.
It is an ongoing battle against the ruling terrorist dictatorship and religious fascism, which is not only a threat to the Iranian people but also to the region and the world.

Dear friends!
Today, the mullahs have openly declared war on Iranian society with the expansion of women’s oppression.
The atrocious murder of Mahsa Amini, an innocent young woman from Kurdistan, at the hands of the State Security Force’s mercenaries is a part of this brutal war and repression.
They wanted to break our people’s spirit and stop the protest movement.
But the resistance of courageous Iranian women and youths in Sanandaj, Saqqez, and Tehran showed that the people of Iran will not remain silent and are determined to overthrow the evil clerical regime.
Criminals should know that a flood will arise from the blood they spill every day and will eventually terminate the rule of the mullahs’ regime.

Dear friends,
In the face of such a disgraceful treaty with the mullahs’ regime, your protests and exposures morally and politically disgraced the Treaty’s supporters. They put them in a difficult position vis-à-vis public opinion.
As a result, the Brussels Court of Appeal announced that the Belgian government must not send the terrorist diplomat to Iran until the case’s merits are examined.
The mullahs and those colluding with them were rushing to send home the regime’s terror master in Europe as soon as possible. But your campaign provided the conditions for the court to extend the ban on the terrorist diplomat’s repatriation until mid-September.

Vast condemnation of the Belgian Treaty with the Iranian regime

Opposition to repatriating this terrorist diplomat is at the heart of a broad global campaign that blocks both the regime’s terrorism and hostage-taking diplomacy, as well as the policy of appeasing the ruling religious fascism. It also prevents the regime from using terrorism and blackmail to cover up its disastrous political predicament.
Regarding the Belgian government’s decision, Massoud [Rajavi, leader of the Iranian Resistance] announced on the first day, “It is an insult to humankind’s conscience and intellect, especially the Iranian people, that the Intelligence Ministry’s diplomat-terrorist can spend his sentence in the prison of the very people who had sent him on his mission in the first place. Toying with the Judiciary and making a mockery of justice in Belgium must be prevented.”
Many Belgian parliamentarians have opposed the treaty and many political figures and eminent jurists have condemned it. In the latest pronouncement, 21 former European prime ministers and ministers said, “Our direct experience shows that Assadi’s release, under whatever pretext, only emboldens Tehran’s terrorist behavior in Europe and would jeopardize the security and safety of Europe and European citizens.”
Yes, as we have already said, it is one-step forward and a hundred steps back.
It is unjustifiable that such a treaty is mollifying the criminals who planned to blow up the Iranian Resistance’s rally and carry out the most significant terrorist attack in Europe.
As 68 renowned Belgian and international human rights lawyers and experts recently stated in a declaration, Assadi’s return to Iran “brings more impunity to a regime involved in terrorism and crimes against humanity.”

Let us not forget that terrorism and hostage-taking diplomacy are not in themselves effective for the regime.
Rather, the kowtowing of Western governments has turned them into an instrument to advance the regime’s criminal policies and encourage the regime to continue its hostage-taking.
Those behind this treaty do not respect the norms of the rule of law. They violate the decisions of their own courts. They turn their backs on democracy for commercial and political advantages, and among others open a way to revive the JCPOA.
They are paying part of the price of this Treaty with the lives of Western citizens residing in Iran. With this shameful Treaty, they are making every one of them potential hostages. However, they are paying most of the price at the expense of the Iranian Resistance, freedom, and human rights.

They negotiate with the government of Ebrahim Raisi, the henchman of the 1988 massacre, right after he takes office. They want to give him a gift by releasing one of his functionaries. In practice, they are giving the mullahs a free rein to intensify terrorism abroad and executions in Iran. This year, the mullahs have doubled the number of executions compared to last year.
The National Council of Resistance of Iran revealed, based on documents obtained from within the regime’s judiciary, that nearly 5,200 prisoners are currently either on death row or face death by retribution in kind.
Yes, neither these crimes, nor the increase in executions, cruel amputation verdicts, intensified terrorist activities, nor all kinds of conspiracies against the People’s Mojahedin can pull the regime out of the quagmire of overthrow.
The roaring stream of protests by various social strata is shaking the foundations of the mullahs’ power every day. Yes, this murderous regime must account for all its crimes and blood-letting.

Dear friends,
The fact that the regime has failed to reach a new nuclear deal in the past two years, despite its urgent need to lift sanctions, is an indicator of its weakness and powerlessness.
Raisi’s government, which Khamenei installed to control the regime’s precarious situation, has now become a symbol of his failure. The slogan of “down with Raisi” has become the common slogan of the Iranian people’s protest movement. The public’s anger and disgust against him have terrified the entire regime. Moreover, Khamenei has no solution in one of the most precarious periods of his rule.

Do not give concessions to the terrorist mullahs

We have one clear demand from the government of Belgium: the prisoners’ exchange treaty must not include the regime’s terrorists.
The Iranian Resistance warns the international community against concessions to the mullahs. This is tantamount to stabbing the Iranian people in the back and siding with a moribund regime.
We call on the international community to
– close the regime’s embassies, which are the epicenters of terrorism;
– expel the spies and agents of the Ministry of Intelligence and the Qods terrorist force, most of whom are known to Western security services;
– Designate as terrorist the Ministry of Intelligence and the entire IRGC;

– Predicate relations with the mullahs on the halt to executions and repression of demonstrators and protesters; and
– Apply Article 41 of Chapter 7 of the UN Charter to the mullahs’ regime, as the central banker of terrorism and a threat to world peace and security. I urge the upcoming UN General Assembly session to take urgent action over the regime’s crimes against women, especially the daily crimes and murders committed by the mullahs’ Guidance Patrol.

Friends of the Iranian Resistance,
Please carry on successive campaigns against the mullahs’ regime with full force.
Victory will be yours.